Anytime I introduce myself as an American people are very surprised I would choose to move to Krakow. Similarly, every time I meet an American I immediately am interested in them. Cameron and I are hosting a party at our house next weekend, and of the 16 people invited, six of them are Americans...a surprisingly high ratio given that every time I meet an America I think "gosh, you're the first American I've met here!" Clearly, I'm suffering from short term memory loss.

As previously written, my developing friend group is a nice international mix but I do seem to be particularly drawn to Americans. It surprises me, because I'm not particularly patriotic and I tend to agree with stereotypes about Americans, even the ones that I am an example of. (As a side note, according to one of Cameron's coworkers I am outspoken, even for an American.) Even though it will likely never happen, I would love to be mistaken for a European! But maybe it is the loud forwardness of Americans that makes them so easy to befriend for me.

Yes, the Americans I have met are all outgoing and confident, but I think that is more of an artifact of the personality types that are willing to meet strangers from the internet rather than a reflection of someone's nationality. There could be an access affect, in that BumbleBFF and Facebook are more well known in the United States so the proportion of America users is disproportionately high, but I don't think that is necessarily true, especially since only one of the people I have met through Bumble is an American. Perhaps my percentage of American friends is reflective of the percentage of Americans in Krakow (or at least of the expats who are actively looking to meet people), but based on the English-speaking events I've attended I don't think that is true, either.

Most likely it is a self-selection bias. When meeting another American there is an instant commonality to build off of. There is a comfort in knowing that I won't accidentally make a cultural faux pas. I like not having to think about the vocabulary I'm using and that I can speak quickly and not worry about my enunciation. I also (maybe mistakenly) assume that if you willingly left the US to move here, you are a person who goes against the American stereotype of being sheltered and uncultured.

I've noticed myself attributing all of the qualities that I want people to think about me to the Americans I meet: friendly, open, culturally sensitive, intelligent, independent, brave, fun. I'm sure this is just an attribution bias, but maybe those are the traits that you need to succeed in a new world.

I noticed a similar phenomenon when I moved to Bellingham for university. It seemed like I really liked every other New Mexican that I met. In that case, it wasn't the comfort of familiarity–I actively wanted to avoid other New Mexicans so that way I could feel more special and unique–but I couldn't help but like them. I ended up deciding that it must be a very select type of person who chooses to leave NM for WA and enjoys it. Perhaps it is the same for Americans who move to Krakow.

I know it is not the money that moves people to Krakow, but the culture and lifestyle. Americans, especially those who have traveled to other European countries, seem to really love the history and beauty of Krakowian architecture. Everyone who comes here for work is drawn by the cultural insistence that work is secondary to enjoying life. They like knowing that sick leave is taken seriously here and that you won't be reprimanded for getting a cold. Although not universally spoken, you can get by not knowing Polish, especially if you stay around Old Town. Unlike many other European countries, Americans are thought of fondly by most Polish people. A few of the Americans I've met are English teachers, and I think there is an appeal to feeling wanted for your accent. Conversely, I think it would be challenging to be British in Krakow, because the Brits have a reputation for flying over on the weekends to party because drinks are so much cheeper here.

It's also hard (at least for me) to visually distinguish between and American and a Polish person. Maybe the chance of fitting in (so long as you don't attempt to speak) is also attractive. Part of it is that I don't think there is a strong Polish look (other than typically being white), but also there isn't a particular style. Surely I would look out of place if I wore a baseball cap around town, and maybe my yellow corduroy pants are a little unusual, but nothing in my wardrobe is a dead giveaway (we'll see if that changes when I start working). Even sneakers can be worn around town!

Whatever the reason we are all here, and no matter why I'm drawn towards my fellow Americans, I continue to be thankful that I am making friends. It was my biggest fear before the move, and I worried that I would feel unmotivated to get close to people since I knew the friendship wouldn't last more than a few years. I now know that was silly and unrealistic, given my constant need for attention, but even my friendship tank can overfill. I'm pleased to say I feel maxed out on friends and have even deactivated BumbleBFF...at least for now. 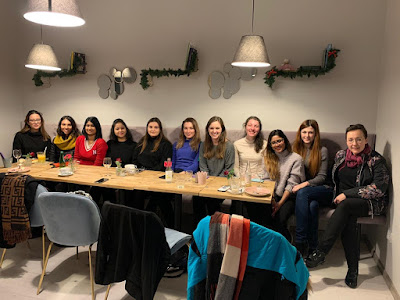 A Girls Gone International Meetup. If you are curious about the nationalities of everyone here: American, English, South African, Indian, Polish, French, American, American (me), American, Hungarian, and Polish 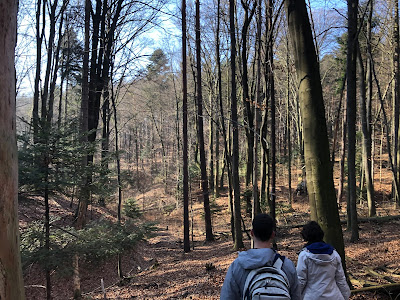 A hike through the Ojcowski National Park. (American and Polish if you were wondering about the nationalities of the people pictured) 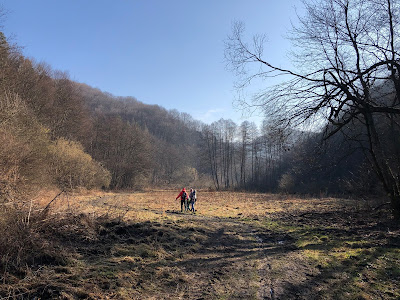 More views from the park (and a [presumably] Polish family) 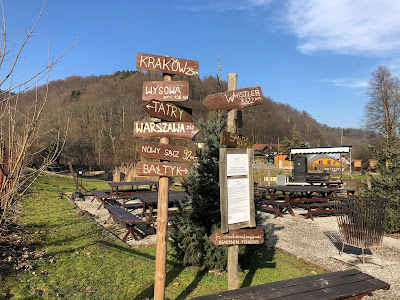 Only 8292km away from Seattle!