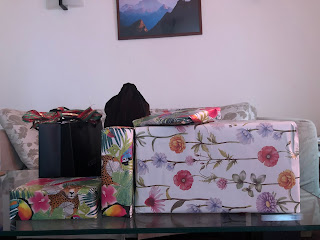 A pile of gifts for the birthday boy. 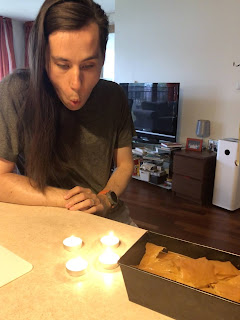 We improvised on the birthday candles. 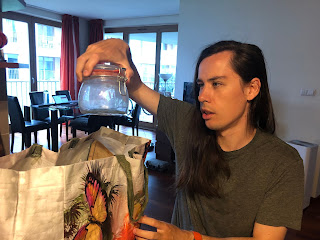 Round one of gifts: jars and mixing bowls I picked up the night before from Facebook Marketplace. Buy used! 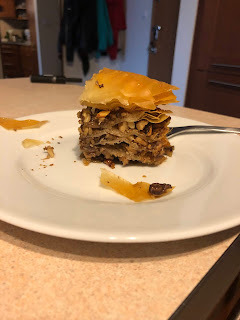 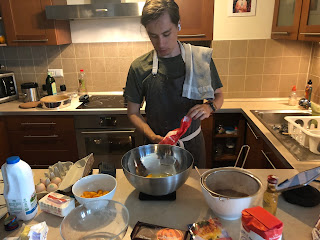 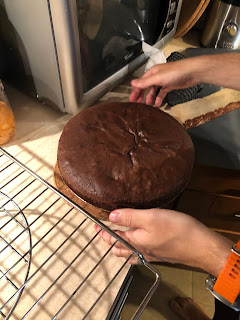 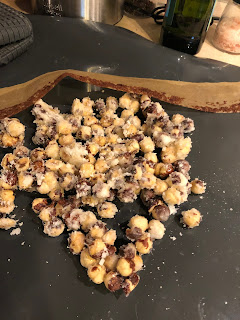 Pralined hazelnuts to be mixed in with a few of the layers. 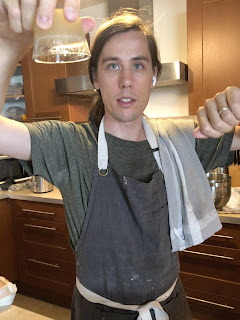 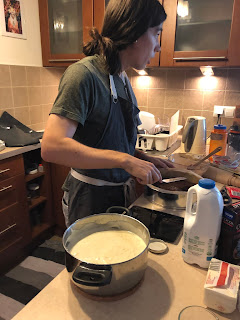 Layering in some hazelnut bavaroise. 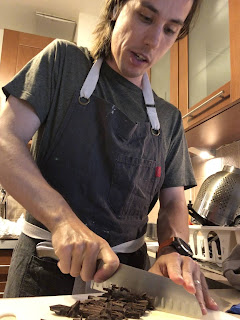 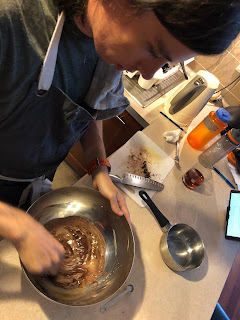 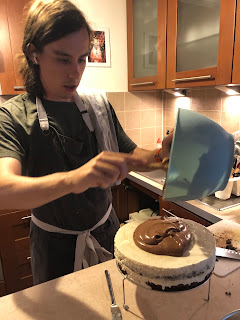 Between each layer is a round of freezer time to let everything solidify together. 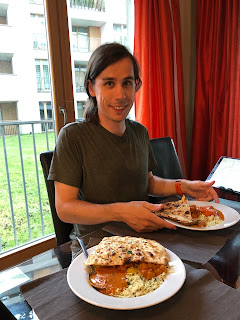 Taking a baking break for dinner... 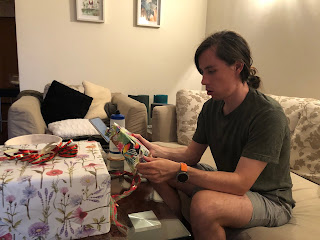 ...and another round of presents. 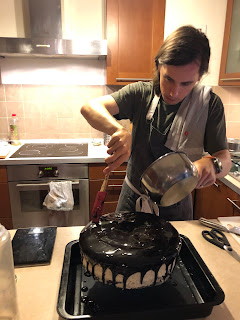 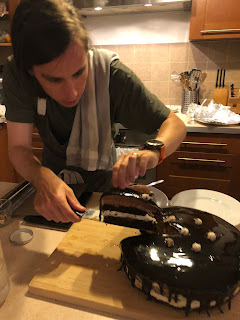 Look at that clean first cut! 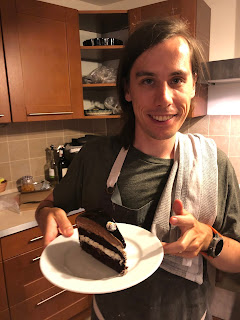 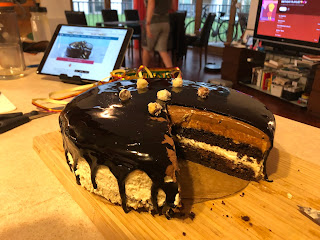 Final look with the model on the screen in the background. 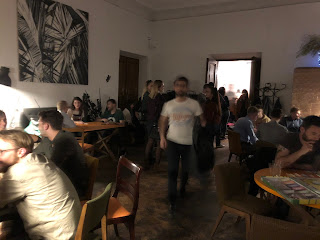 I met Cameron at Lost Bar, where his coworker's friend was playing bass for the live jazz band on Friday night. 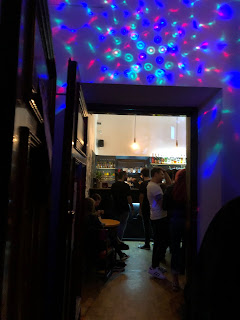 Lost Bar stays pretty hidden. Other than two bodyguards waiting outside, it feels like you are entering a  residential apartment complex. 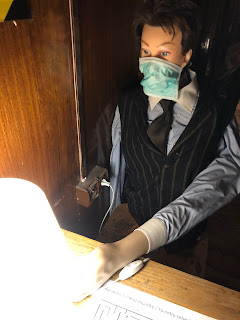 This dapper fellow greets you at the entrance and reminds you to stay safe!
Posted by Aisha at 6:02 AM