I think it's time for another installment of the little tidbits of fact and culture I have come across living in Krakow for the last few months.

Every so often my coworkers introduce me to new Polish idioms. These tend to come around after we hear some bad news, but the intensity of the language always makes me laugh. My favorites? "Absurdity carousel" and making a "choice between plague and cholera."

There are a lot of churches, and I see seminary students walking around in priestly robe regularly, but it's the nun-spotting that I love. I always am surprised when I see nuns doing pedestrian activities: dropping off something at the post office, eating ice cream, driving a minivan...ah what a treat!

When I was in a walking tour a few months ago, the tour guide introduced me to the term "Polish briefcase." He told us to keep our eyes open for shopping bags from high-end shops being carried around unnecessarily. Now anytime I see someone carrying around a Marc Jacobs or Prada shopping bag, I try to sneak a look at what's inside...I have never seen those bags actually carrying something from the store they originate from. 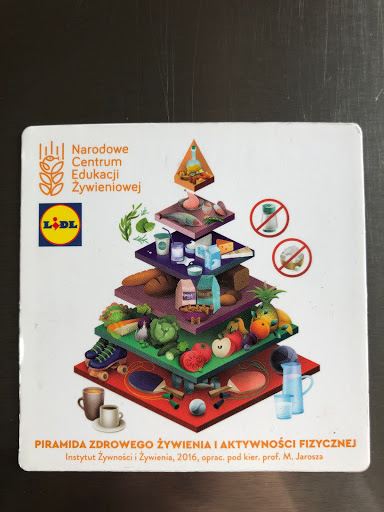 We found this Polish version of the food pyramid- I think it's telling that coffee is included on the model. According to the same tour guide that talked about the shopping bags, Krakowians especially like their coffee and will drink seven cups a day because they are snooty. 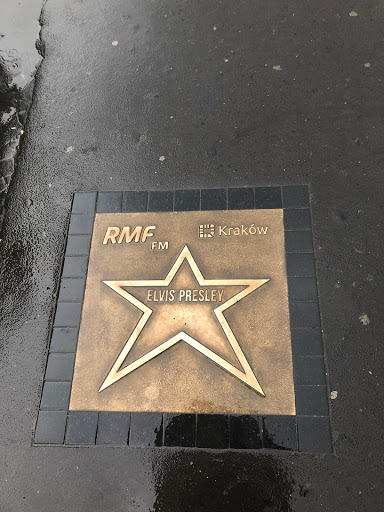 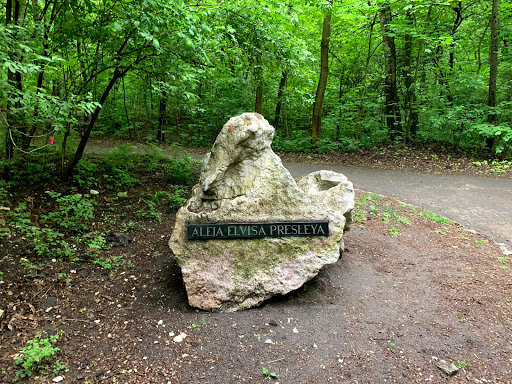 I don't know why, but it seems like Krakow really loves Elvis Presley. Outside of Wawel Castle there is a Hollywood-style "Avenue of Stars" which include's an Elvis tribute and there's a monument tribute to him along one of the popular walking trails near town. I have tried to research why and have not found a satisfying answer.

Quite a few of my friends are attending university while here, partially because it's so stinking affordable! A two years master's program typically won't cost more than ~8000 USD (total!) and if you are in a PhD program you get paid a monthly stipend. I started to very strongly consider applying for an environmental protection and management masters, but I couldn't quite commit.

Being outside of Poland for a week made me remember that homelessness is a thing. It's easy to forget because we don't see much of it in Krakow. Apparently, there are just lots of really good resources available–imagine that!

I was in an elevator with a stranger for the first time in a while. In the US, everyone politely looks to the door and ignores the others. In Poland, everyone circles and faces towards the center of the elevator.

People cook lunch but prepare dinner. Why? Because lunch is typically a hot meal but dinner is more often a smaller thrown together meal: a sandwich or leftovers, for example. Also, it's really common to have breakfast at work. 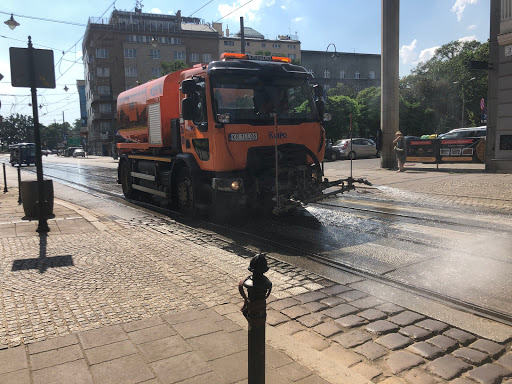 I didn't notice this before summer came around, but it seems like every time I leave the house there is a big vehicle cleaning the tram tracks. I don't know exactly why it's shown up all of the sudden, but my theories are that summer is more dusty (not really but it's a guess) or the water it sprays on the tracks keeps the metal from expanding (also seems unlikely, but I did not study civic engineering).

Overall things are going well. Here are some more miscellaneous pictures from mildly interesting things I've come across this week: 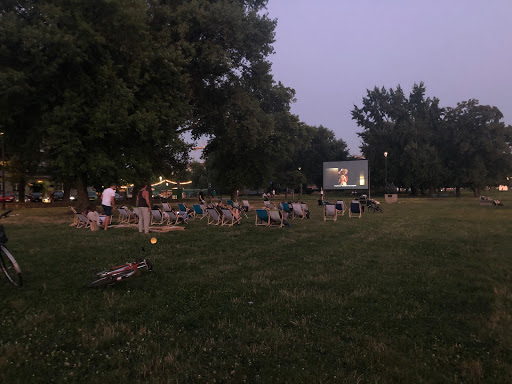 Movie showing in the park. It was an American film with Polish subtitles, and from what I could tell you could just pull up a chair and join along. 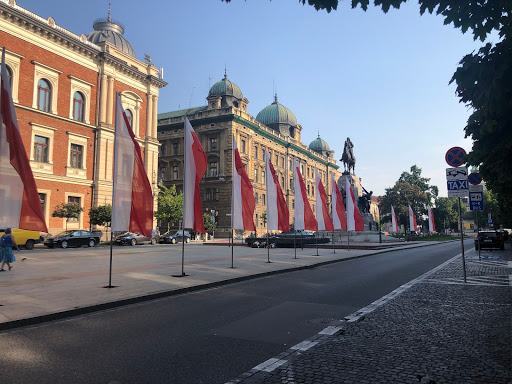 Earlier this week there were lots of Polish flags, red and white flowers, and military services going on. No one I know really knows why, but one of my coworkers was guessing that it was for the August 1 National Warsaw Uprising Remembrance Day. 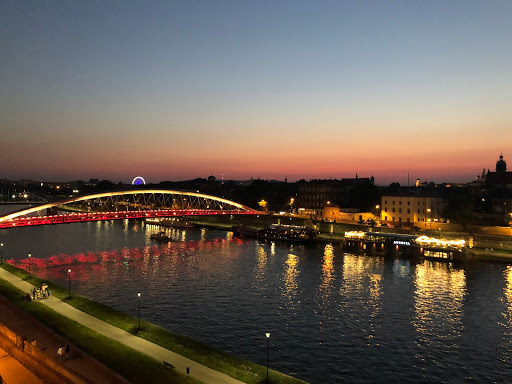 Just another great view of the city- this one from my friend's roof.