Last year I learned all about the Polish Christmas traditions, for example 24 December is the big family hoopla where you start on a 12 course feast once the first star in the sky becomes visible. Since we committed to the traditions last year, Cameron and I had our own plans for 2020. We had cheese fondue on Christmas Eve, and our 25 December meal also did not meet Polish standards (meaning we did not have barszcz, pierogi, or a carp that had been living in our bathtub for the week leading up to the holiday, nor did we set a plate for Jesus or other unexpected guests).  I did, however, add one Polish tradition to our Christmas table this year–a bundle of hay, which was actually some packing material leftover from a gift that was shipped to us.

Nothing new really came to my attention, except for Kevin. From what I've picked up Kevin is the colloquial name given to the Home Alone movies, probably because the Polish name is Kevin Sam w Domu (literally, 'Kevin Alone at Home'). And Home Alone, as I've learned, is a very popular Christmas movie in Poland.

For my job's virtual holiday party we played a series of puzzle games, one of which was to watch a five minute clip from the movie and try to keep track of all of the nuances (what color was the phone, what letter is on the doorknob, what did the tall robber get hit in the head with, etc.) There was a big uproar when each group was sharing answers to the question "what is Kevin's last name." Half of the group had correctly surmised that Kevin calls 911 and says his name is 'Murphy.' The other half of the group complained that the question was misguided because everyone knows that Kevin's last name is 'McCallister.'

As of 2013, Kevin ranked as the most popular Christmas movie in Poland since it was released in Poland in 1992. It seems its popularity is tied with the timing of the fall of communism (1989). It was, after all, one of the early American films, and definitely one of the first Christmas/children films. Apparently Die Hard is also quite popular, and one article writer, Bartosz Staszczyszyn, points out he thinks it's because "Die Hard is essentially Home Alone for adults."

Maybe I'll have to see if Die Hard can be found for free on the internet, because Home Alone sure holds up! While writing this article, Cameron and had the movie playing in the background (it's free on YouTube). I hadn't seen the film in a few years, and other than the broad strokes I had almost no memories. I'll leave you with some of the winning quotes I jotted down from the first five minutes:

"You are what the French call, 'les incompetent.'"

"When I grow up and get married, I'm living alone."

"Mom, does Santa have to go through customs?" 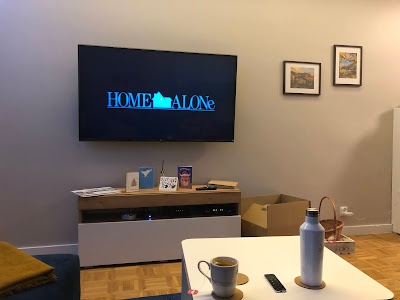 Like I said, I really enjoyed the movie but watching all of the pain the robbers go through made me feel so bad for them! 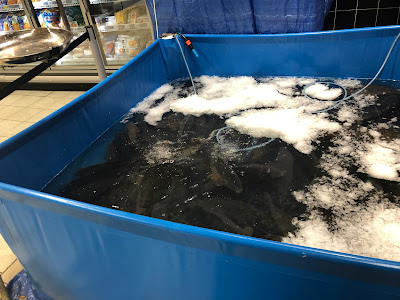 I wasn't lying when I said people buy live carp and then keep them in their bathtubs. This tank was set up inside the grocery store and there are plenty more at all of the outdoor markets. 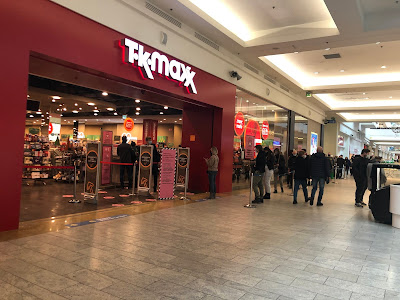 Leading up to Christmas, Poland loosened some of it's Covid restrictions, including allowing non-essential businesses to open. This store (TK Maxx, not TJ Maxx) was one of the busiest in the mall. 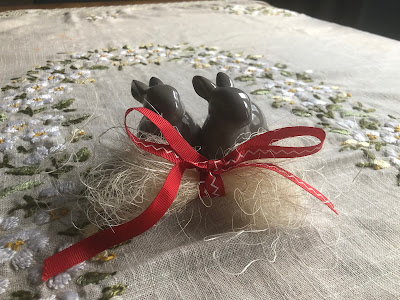 I thought our Christmas hay was very cutely displayed with our bunny salt and pepper shakers having a snack out of it. 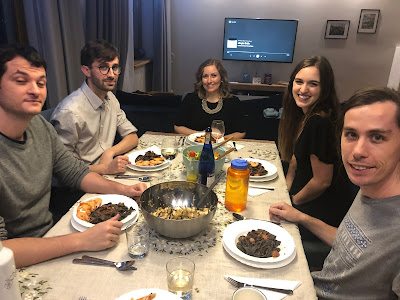 We had a really lovely Christmas, including seafood pasta and some good friends. We were within the legal limits for number of people allowed at a Christmas gathering, plus it was nice to band together when none of us had any families we could visit. 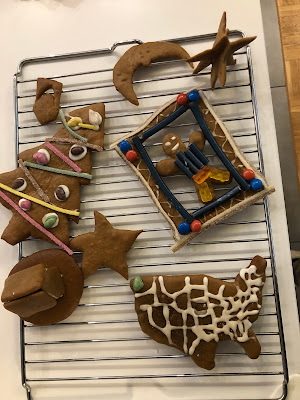 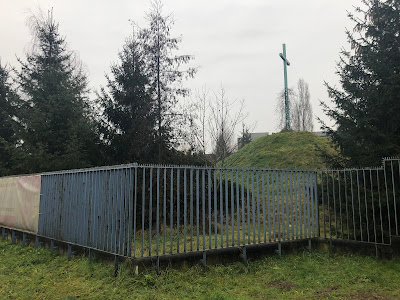 Not really Christmas related, but I feel an obligation to update you on my mound progress. I did find the fifth and final mound, but it is not worth visiting- it's tiny, fenced off, and right next to a major road.