The other week at work, I told a coworker that I always have weekend plans. It's true–I try to maximize my two free days so that way I ensure to have a fun activity every week between the work and chores. This weekend, was perhaps a little too crowded. Maybe everyone wanted to make plans before the Coronavirus made its way to Krakow (which it now has; the first confirmed case was confirmed Monday). There was so much going on this weekend, that I had to turn down multiple requests for my time. No one wants to hear me complain about taxes or brag on behalf of Cameron's running abilities, so I'll keep this post to just two events: the Toastmasters 10th Birthday Gala and the Galicia Jewish Museum.

I promise that the name is more pretentious than it truly was, and I'm glad I didn't show up in a floor-length gown like I was considering doing. Although most people had dressed up (mostly dresses and button-up shirts), there were a few attendees in jeans. It took place at the Browar Lubicz brewery, and our group of ~40 people had a private room upstairs. For some reason I didn't connect that it was a brewery until we were trying to leave, so I didn't even try a beer! I'll have to go back, but I don't feel terrible about missing out because a coworker today told me that Lubicz is only "pretty good" but I really should make my way over to Stara Zajezdnia.

Anyways, back to the gala. It didn't start until 20:00, and food didn't start being served until 20:30 (because of course there had to be speeches to start us of) so I'm glad Cameron and I had the foresight to eat pre-dinner (frozen pierogis, a travesty to all of the Polish babcias out there). In fact, between each course there was some sort of speech-based intermission, including a roast of the club's president by two nationally-recognized public speakers and there was a toast-giving contest. I'm not very experienced in the toasting realm, but I was damned sure going to volunteer in order to get a glass of champagne!

Now 20:00 is pretty late for me already, especially to be starting dinner, and I knew that this event was scheduled to go until 1:00am with plans to move to another venue thereafter for an afterparty. And this is all after six hours of workshops throughout the day! Needless to say, I was exhausted before I even got there. Cameron and I stayed through dessert #1, but we weren't hungry enough to stay for the enticing dessert #2 and definitely didn't have the energy needed to join the post-dinner dance floor.

I know that my need for 9 hours of sleep each night is a bit particular, but I think my bedtime routines are at a stark contrast to the Polish party lifestyle in general. One of my goals while in Poland is to be invited to a Polish wedding, but I'm honestly a little scared, too. I've heard from multiple sources, and it was reinforced at the gala dinner, that Polish weddings go for three days straight, and you typically only sleep in 3-4 hour stretches between each day. I doubt I have the liver to support that level of festivities, and I definitely don't have the ability to stay up for 20 hours straight, three days in a row!

My friend invited me to join her on Sunday afternoon to check out this museum. She's quite a history buff, and after some research she had decided this was the museum she wanted to try. I had no expectations, other than the knowledge that Krakow had one of the largest Jewish populations world-wide pre-WWII and now the community is practically non-existent. The museum is located on the far end of Kazimierz, the Jewish district of Krakow, very close to a 15th-century synagogue. After paying our 17złoty (~$4.50) entrance fee and depositing our coats in the cloak room, we were on the museum-driven path.

I spent a lot of time in London's museums recently, but those are so big that you have to bypass things if you only can contributed a few hours. This was my first small museum in a long time, and it definitely was laid out in a way where they expect you to read everything. It was also the first time in a while that I was in a museum with someone besides Cameron, but luckily my friend and I were reading at about the same pace.

The first half of the museum chronicled a single Krakowian Jewish family (primarily a mother, her young daughter and son, and her one-legged mother), who left Krakow at perhaps just the right time. Despite being previously wealthy, they of course lost everything as they journeyed from Poland to Ukraine, Siberia, Uzbekistan, Jordan, and then finally Israel. It was a fascinating alternative to the main Jewish storyline we hear from the Holocaust, especially since the tale was largely told through the mother's diary entries and artwork.

The second half of the museum was the work of two photographers set on capturing spots of Jewish importance in the Galicia-region of Poland (although Galicia spans into Ukraine as well). The photos were split into various categories, including the now virtually-nonexistence of Jewish spaces and monuments, the repurposing of Jewish buildings and landmarks, memorial sites of WWII victims, renovation and protection of sacred spaces, and the lives of present-day Polish Jews.

Overall it was a very well-thought-out museum. We weren't able to see everything in two hours, but if we hadn't gotten kicked out we probably would have finished in another 20 minutes or so. I don't feel like I need to go back for those extra 20-minutes of photograph review, but I would recommend it to anyone who is interested in a different side of history and how history continues to play out into our modern lives. 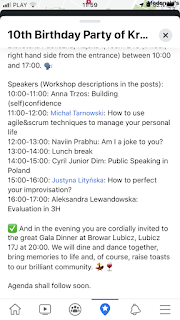 The workshop itinerary leading up to the gala dinner. 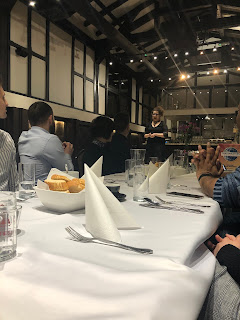 Justyna being hostest of the night. 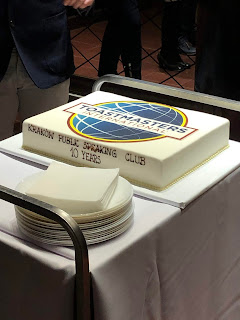 Dessert #2- it looked tasty but Cameron and I bailed before having a slice. 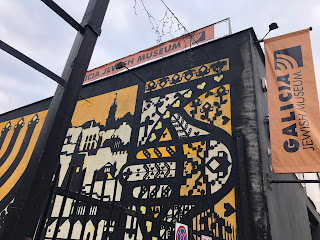 Outside the Galicia Jewish Museum. 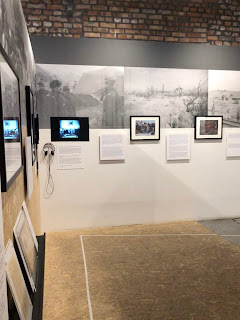 Chronicling the journey of the Pisek family. 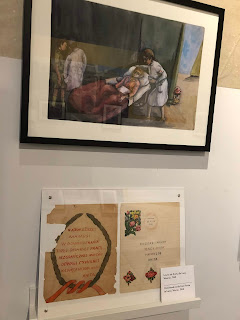 Pastel painting by the mother and cards made by the daughter of the Pisek family. 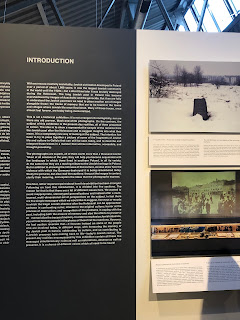 The introductory photographs for part 2 of the museum. 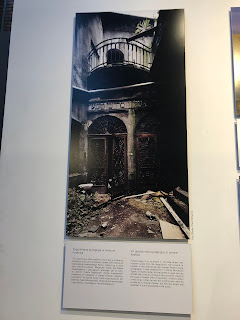 An abandoned synagogue in Krakow. 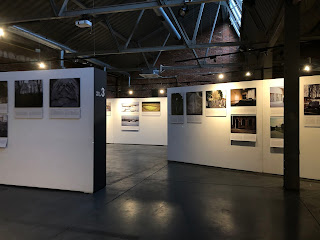 Layout of the photography half of the museum. 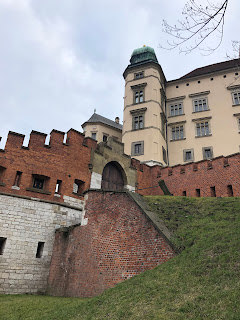 Walking by Wawel castle on the way to the museum. 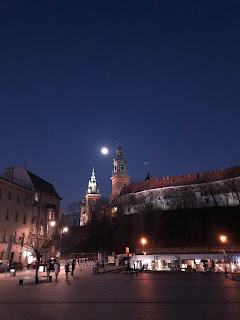 Full moon above Wawel cathedral on the way home.