For the summer, Poland has divided up the country into red, yellow, and green zones. Krakow has remained green most of the time, which has led to a mirage of safety and care-free socializing. Last weekend, all of Poland moved to a yellow zone, which means masks on when outside, a 10pm curfew for restaurants and shops, and limits to attendees in restaurants, on public transport, and at personal or public gatherings.
As of yesterday, Krakow became a red zone. Stricter capacity limits, 9pm curfew, no swimming pools or gyms, and no weddings. Breaking the rules could be fined up to 30,000 PLN (~7,500 USD). This is accompanied by increasingly rainy weather, the start of smog season, and some light flooding. Nonetheless, it doesn't seem as daunting as the start of the last wave. Maybe I'm being too blasé with the ordeal by keeping my social engagements and continuing to go out for restaurants but I would like to enjoy some part of living in a European city this fall.
Well, I don't haven any particular fun stories from the week, but there are a few fun cultural and language differences I've been collecting that I'll share here.
Well sorry for a boring one this week. 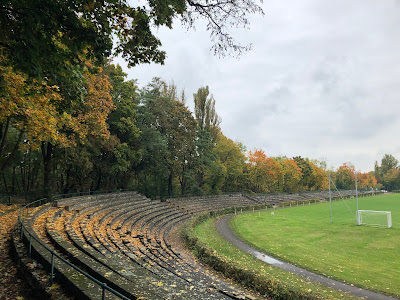 Trying to catch a walk between the downpour to see the fall colors. 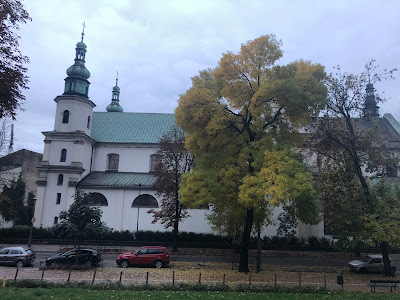 Morning light plus have cloud layers makes it a little hard to capture the changing leaves. 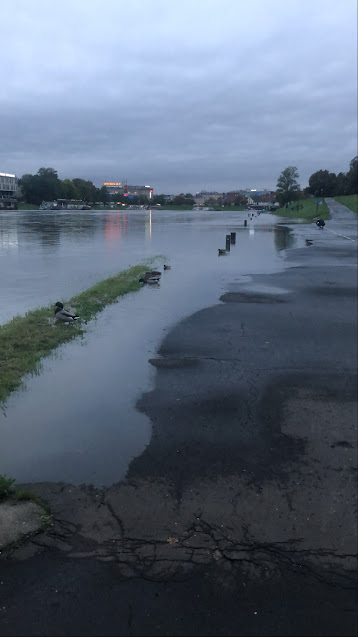 Flooding on the Vistula due to the incessant raining. 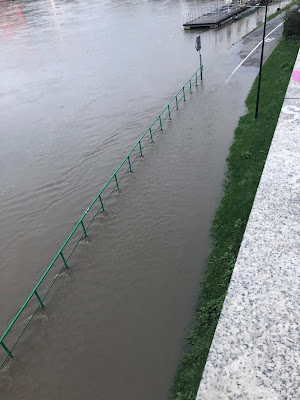 The flooding was  right below Wawel Castle. 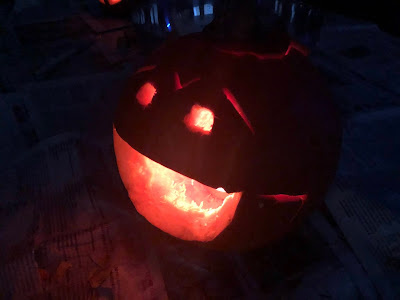 Found some carving pumpkins for some indoor fall fun. Mine is supposed to be wearing a mask but instead just looks really surprised. 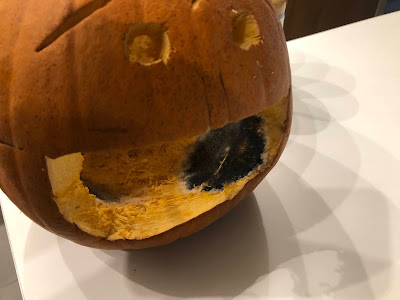 One week later, the pumpkin developed some mount mold and had to be tossed rather than turned into a pie.
Posted by Aisha at 1:18 AM