It's time for another list of quirky things that I'v found while living in Poland. The first being, the title of this week's blog. In Polish, since a "ch" is pronounced just as an "h" I sometimes see people laughing in text as "cha cha cha" rather than "ha ha ha" (including my Polish instructor). Now if someone wanted to dance the Cha Cha I'm not sure how you would say that...maybe "cza cza"?

NASA- I don't know what it is but there are NASA shirts and sweaters everywhere! I've never seen them for sale but it is virtually guaranteed that anytime you see a crowd there will be at least one person (typically a boy between ages 9-24) with the logo on some part of his outfit. I'm not sure if it's a way of showing off that you have visited the US or if there is a broader reason for liking NASA. I tried to look up "why does Poland love NASA" and found some tenuous connections but if anyone knows the real reason then please let me know!
Public restrooms around town typically cost 2 złoty to use. They aren't particularly clean or well maintained but I've definatley been thankful for them before. As you move further away from the city center than they're more likely to be free, but less likely to be found. Malls and roadside rest stops are typically (but not always) free.
Because I love bathrooms so much, I spend a lot of time critiquing them. One thing I really like about Polish public restrooms is the separation between the toilets and the sinks. The toilets are almost always in a sub room that's accessible through the the sink room. Per Cameron, male restrooms have the urinals and stalls in the sub room so that the sink space still stays separate. I suppose it is more hygienic to have less toilet air in the space that people are using as a powder room.
Gift cards do not operate the same way that I'm used to. It's not like a debit card that hold's it's balance if you don't spend the full amount. I didn't know then when I spent 30 PLN from a 100 PLN gift card to Allegro (essentially the local version of Amazon). The next time I went to make an Allegro purchase, I assumed 70 PLN of it was covered, and was instead greeted with the message that my gift card number had already been used. You can also only use one gift card at a time, so if I have three 300 PLN gift cards and I want to make a 300PLN purchase, I can only use one 100 PLN worth of gift cards. I'm learning to be a little more strategic with my spending.
Given Polish history, it may be no surprise that there is some animosity with Germany. I never how it's going to go if I say I'd lived in Germany before this. Also, if the stray German word comes out when I attempt to speak Polish I sometimes get a funny look. But now it's starting to swing the other say. Sometimes if I try to think in German I end up filling out the sentence with a few Polish words. It feels good. 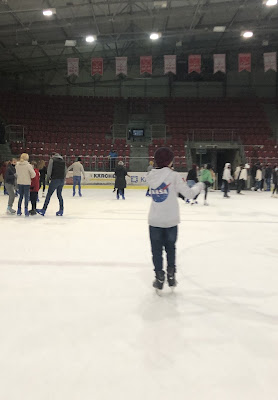 One of many NASA spottings. 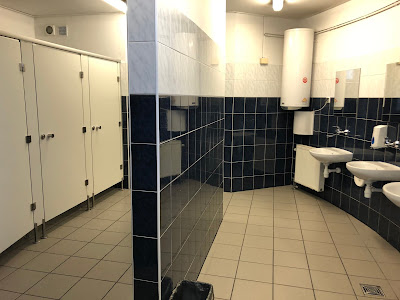 One of the few bathrooms that are not two separate rooms, but even so there's a significant barrier between the stalls and sinks. 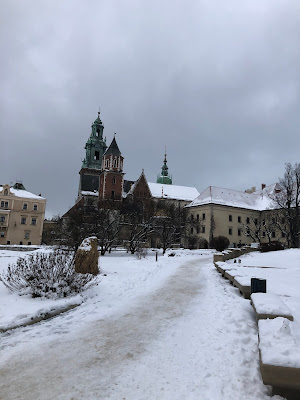 Wawel Cathedral in the snow. 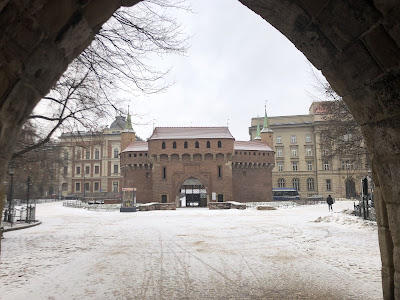 Barbican (one of the fortified gates from the old city walls) in the snow. 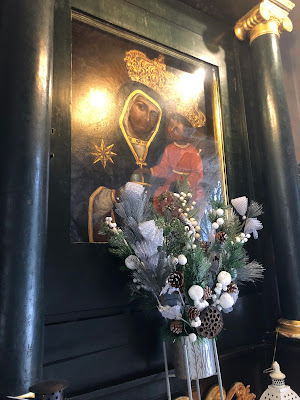 The black Madonna underneath Florian's gate with a celebratory winter bouquet.
Posted by Aisha at 5:19 AM