Normally holidays make a good blog topic, but I re-read last year's Easter contribution (Easter in Poland) and I'm pretty pleased with it still. If you didn't get a chance before, I recommend giving it a read to learn about the Polish Easter traditions.

When I first arrived in Krakow, I saw the symbol of Lajkonik (the silhouette of a bearded man in a pointy hat riding a horse) everywhere: the bus seat upholstery, bakery logos, and bike racks. I didn't know what it was, and in my mind just assumed it must be some historical king. Though he may be kingly, he's actually remembered as a valiant trickers. The pointed hat, paired with colorful oriental attire, is characteristic of Krakow's 13th century enemies, the Tartars. The horse, is a wooden hobby horse, a humorous fill-in for the real thing, which has become more iconic than the true story.

Through the 13th century, there were multiple Mongol invasions of Krakow. The main one was in 1241, and led to a lot of destruction, but is said to have only lasted 10 days. Lajkonik's story comes later, in 1287, during the third Mongol invasion of Poland. The Mongol army joined forces with Turkic troops and the two planned a raid on Krakow, after having already looted and seized Sandomierz (approximately 160km north east of Krakow).

Quick interjection–you'll notice that I'm using multiple names to refer to the invading army. Although I think the most historically accurate term is the combined Mongol/Turkic army, I will refer to them as the Tartars, as that is the term used in most of my references.  According to the lovely Encyclopedia Britannica, "Tartar" is the umbrella term applied to any Turkic-speaking group. Ok, now back to the good stuff!

Legend has it that the Tartar armies wanted to surprise the city, so they decided to hunker down in the village of Zwierzyniec (fun fact: the street I used to live on was Zwierzyniecka). A group of local raftsmen happened upon the group while they were doing their regular regular river-based wood transportation. These local heroes attacked the would-be raiders in their sleep, killing many of the Mongol generals. The Polish attackers wore the slain's outfits and rode into the city.

The Krakowians feared the city gates were breached! It was a great relief that the city dwellers were simply on the butt end of a prank, and were in fact not being attacked. Once the story had been all cleared up, the Mayor of Krakow declared the raftsmen as local heros, to be commemorated every year with a return of Lajkonik, dressed as Tartar Kahn, parading through the city streets.

Yes, I agree, the part about the Mayor declaring an annual celebration day-of seems a little far fetched (especially since other sources say that the annual tradition only goes back to the 17th or 18th century). Also, I can't find any documentation concerning the fact that the city nearly was breached and that there was still (presumably) some unhappy Tartars waiting outside of the city. Regardless of the actual historical facts, it is true that every year there is a Lajkonik festival.

On the first Thursday after Corpus Christi (10 June, 2021), a procession follows the plucky Lajkonik from Kosciuszko Mound, through Zwierzyniec, up the Old Town market square. Along the way, he and his follower reenact the battle, do a dance with the city flag, collect ransoms from shopkeepers (money, food, booze), and strike onlookers with a golden mace (which is considered to bring good luck). As put by In Your Pocket, "Lajkonik is so beloved he basically has carte blanche to do whatever he wants along the procession route." It takes five hours to travel to the city center (and there is no expectation that he will arrive sober), but on the square "he collects a tribute from the Mayor of Krakow" and the city citizens join him in raising a toast (Karnet). The whole ordeal ends with a salute to the city.

Now you think to yourself, "well that sounds fun, but why is Aisha writing about this now rather than in June when the Lajkonik parade actually happens?" Well, my friend, it's because I am pessimistic that there will actually be a parade this year, as there wasn't one last year due to Covid precautions. Also, author David Abulifia, wrote that the first Tartar/Mongol invasion happened on Ash Wednesday- 10 March, 1241, which is enough of an Eater connection for me! So enjoy the read, and Wesołych Swiąt! 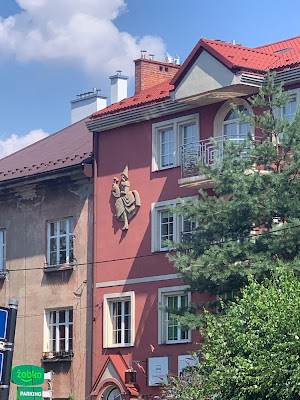 There he is in all of his glory- Lajkonik in his pointed hat and ridding his hobby horse. 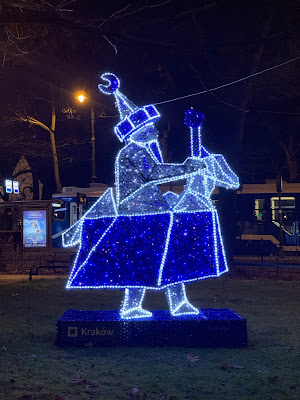 And here he is again, memorialized especially during Christmas time.
What's interesting to me is the name "Lajkonik." I haven't found the origin anywhere, but the word konik is very similar to kón, which means "horse." If I look up "laj konik" (two words) on Google Translate, I get "hit the horse." 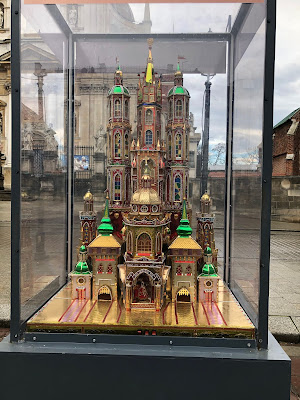 More Christmas decorations! He really is a local hero, celebrated more regularly than just on his celebratory day. If you zoom in, you can see Lajkonik making an appearance in one of the traditional Krakowian nativity scenes. 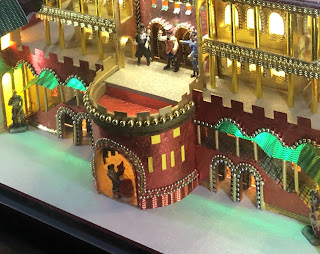 He's a common character to find all around. Here's a different nativity scene where you can see his outline in the center vestibule. 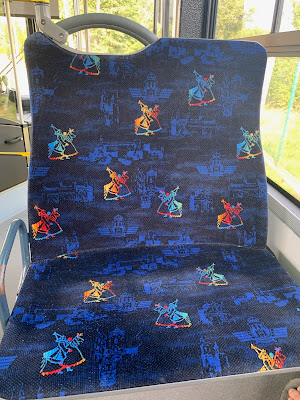 As I said, he even appears on the local transit seats. 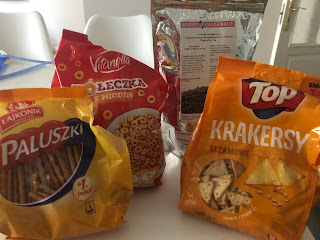 I think I shared this photo already during my Grocery Stores post, but to prove my point you can see that the pretzel sticks are branded "Lajkonik." 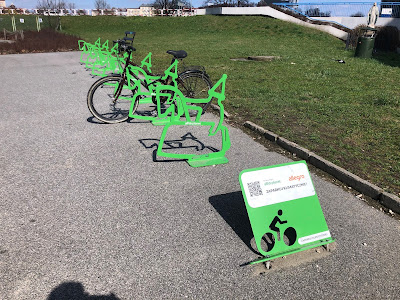 And last but not least–this is the real reason I decided to write about Lajkonik today. I was on a walk yesterday and spotted the bike racks shaped like our like our rootin' tootin' hero and figured it was finally time for me to do some research on this guy.

I read a lot of online articles and blog posts beyond just the ones that are linked to in the main body of my post. The other websites I consulted can be found here, and most have great photos of the annual Lajkonik procession: