When I first moved to Krakow in October, 2019, the new electric scooters were the talk of the town. They had newly started to litter the sidewalks, and city regulators implemented no-ride zones in December, 2019. "Thank goodness," all of the locals said; it's a little unsightly having bright green Lime scooters sprinkled in front of the majestic St. Mary's Cathedral.

Despite the restrictions, more and more brands are biding for part of the market share. A few are pretty beefy looking—with solar charging phone stands and suspended wheel bases—but most are just for fun. Outside of Old Town, it's pretty clear to see where the tourist areas based on how many scooters are piled around. The river is the worst. The scooters fall over onto the walking path, and it's not uncommon to see some handlebars sticking out of the water. The older models have been around long enough that they're starting to break down, and every so often I'll see a disconnected kickstand or one that has been split in two.

It's a fairly eco-friendly form of transportation, and less work than riding a bike. Just about anyone can ride them, but they aren't available to everyone. Kids under 10 aren't supposed to ride outside of residential areas, and 10-18 year olds are supposed to have a bicycle card or modified drivers license (both methods of proving kids have learned the rules of the road). I'm guessing that rule is broken just as often as the rule that it's only supposed to be one person per scooter, but you'll spot two, three, or even four people crammed on sometimes.

I've ridden the scooters a few times: once just for fun, once because I missed my bus, and a few times because I simply wanted to get somewhere more quickly or I didn't want to carry my groceries home. They're quite accessible to people; just yesterday I saw a woman in her late 60s riding one and mean-mugging the kids she zoomed by. I'm thinking of taking my parents on a scooter tour when they visit next week. Delivery folks pretty commonly own their own and use that as their primary get-around. 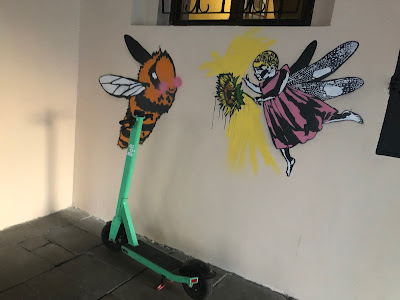 The signs that Krakow is a young, hip city: electric scooters and graffiti. 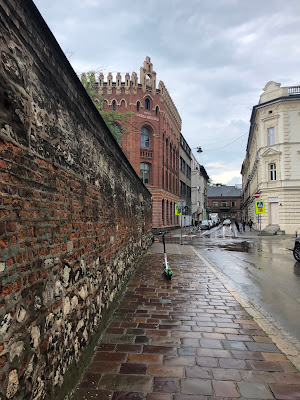 It's odd to see the (typically) green and white scooters offsetting the old brick architecture. 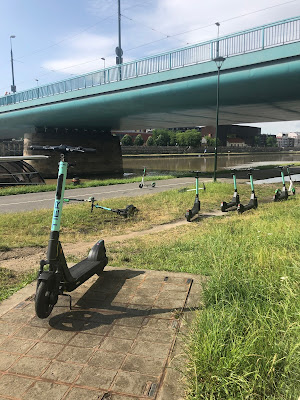 They can look a little intimidating, like a little scooter gang. I find myself sometimes creating personalities and narratives for them. 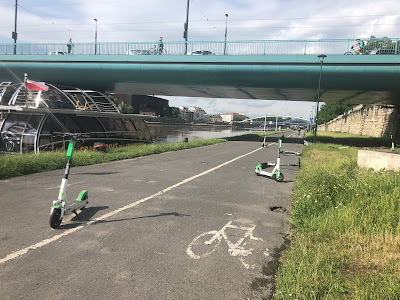 Like these ones, trying to keep you from trespassing on their turf. 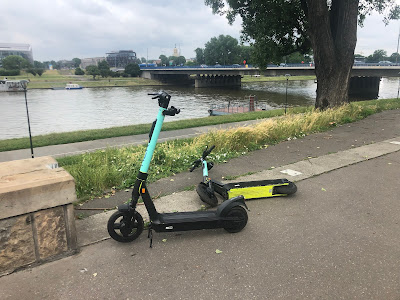 Or this bully, who got in a fight with his friend, and pushed him to the ground to prove his dominance. 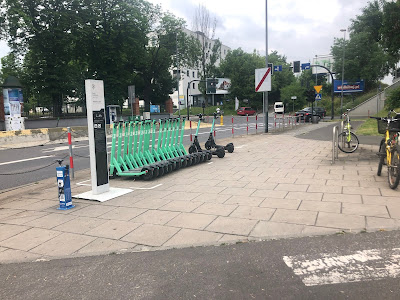 Recently, the city has started marking off special scooter parking. They look very tidy lined up in the mornings. 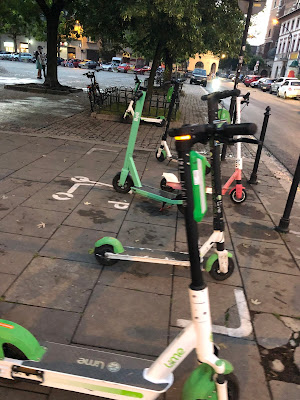 But by the evening they look a little haphazard. 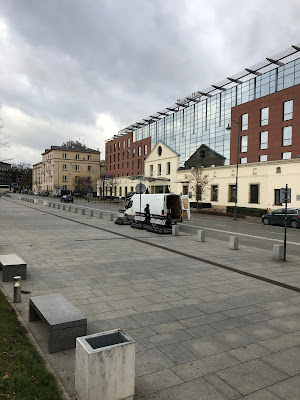 On one of my morning runs, I caught this van dropping off a massive delivery of newly charged scooters for the day's riders. 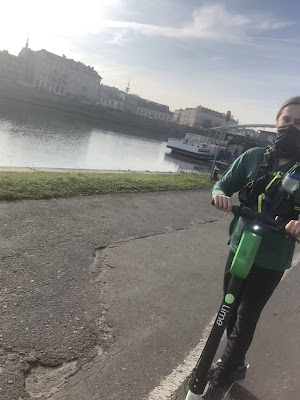 Cameron didn't want to go all the way home after a long run, so he took a scooter for the last few kilometers. 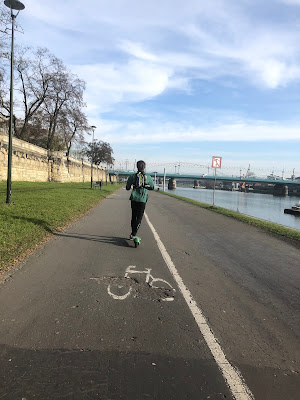 Plus, it's pretty nice to zoom along the river (even if it is somewhat congested with scooters). 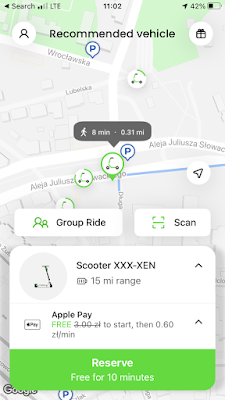 Most of the scooter apps show you a map where all of their scooters are smattered about. The reservation system is a new feature.
And now, an ode to the fallen scooter: 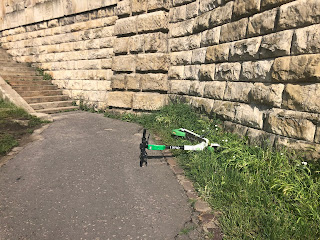 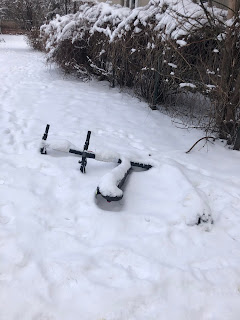 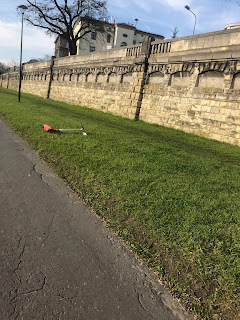 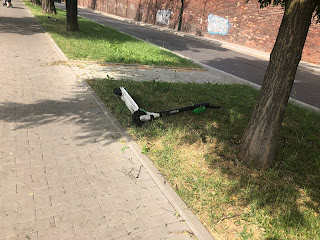 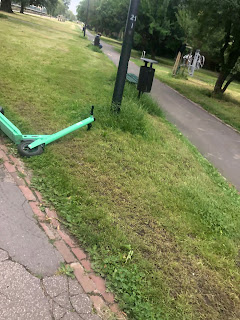 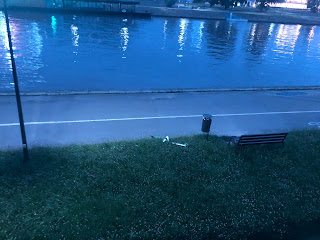